Appropriate estimates of each of these three components are essential to reasonable estimates of water use by irrigated agriculture.

This memorandum summarizes the methodology used to map the existing irrigated lands and assign their water rights.

Sunrise Engineering, Inc. (SEI) was contracted by the Wyoming Water Development Commission (WWDC) to develop GIS mapping of all irrigated lands within Wyoming’s Snake/Salt River basin and water rights associated to those lands.

Our task started with irrigated lands mapping prepared by States West Water Resources Corporation for WWDC. The irrigated lands mapping was prepared as follows: Aerial photos were obtained from the WWDC offices in Cheyenne, Wyoming. The photography is quadrangle-centered, quadrangle scale = 1:24,000 color infra-red film positives. This photography was obtained for Wyoming by Mark Hurd Aerial Surveys in the summers of 1983 and 1984.

The irrigated lands were digitized from the infra-red film positives. Upon completion of this initial stage, the preliminary plots were distributed to the appropriate Wyoming SEO field personnel for verification and update. Their changes were discussed, checked and incorporated into the mapping.

The aerial photography was supplemented by infra-red satellite imagery flown from late 1997 to 1999. The files were obtained from Space Imaging. They are ortho-rectified images that were delivered in TIFF file format on CD-ROM. TFW files were also included to provide location and scale of the image in the correct coordinate system these were delivered to States West Water Resources Corporation.

It is important to note that the use of two mapping products to determine irrigated acreage introduces certain characteristics to the final product that cannot be avoided. First, the WWDC photography is at a higher resolution than the recent satellite imagery, but it is non-rectified. This causes minor “stretch” when digitized polygons from these photos are initially overlaid on the satellite imagery background, which is determining the base irrigation polygon boundaries because the “edges” are much sharper. In instances in which the new field boundaries or locations greatly differed, they were modified according to the new imagery. This results in land mapping that matches the new imagery, but appears to have errors when comparisons are made to the old WWDC photography. The use of the imagery to determine only the incremental changes since the date of the WWDC photography (a time span of 17 years) provides a defendable measure of current irrigation acreage.

The fundamental criterion used in the identification of irrigated lands is as follows: “Irrigated land is all land that can be identified as receiving water induced by the works of man.”

The States West mapping (see Figures 1 and 2) was overlaid on the DRG’s and each topographic map was plotted.

The water rights attached to each individual irrigated polygon were abstracted from the original records on file in the office of the Wyoming State Engineer and State Board of Control located in Cheyenne, Wyoming.

All GIS coverages and data compilation was performed by Robert E. King. Mr. King is the GIS Division Manager for Sunrise Engineering, Inc.

Other fields were added to the irrigated lands coverage, including the name of the topographic quadrangle to aid in the location of the polygon. A field with a unique identifier was also added for each polygon which can be used later to link to a permit database.

The coordinate system used will be the geographic (latitude and longitude) North American Datum (NAD) 1927. For more data information FGDC metadata has been provided for each shapefile and coverage exchange file.

In order to determine actual locations where permits divert from their source, the points of diversion (POD’s) of the active permits were mapped and used to create this GIS coverage. The POD’s with greater than 10 cfs were acquired from the State Engineers Office permit mapping and data records by Mr. Frank Carr. A database was created from this data and used to attribute the POD locations identified on USGS maps. The POD locations were extracted from the State Engineer Office records by quarter section calls.

The following databases were developed:

The association database provides the information needed to link the water rights to the irrigated lands polygons and the polygons to the points of diversion.

Arc-Info point coverages were developed from 1999 State Engineers Office information to map all ground water wells that have a capacity over 50 gpm. The 1999 data was updated to reflect new wells from the State Engineers Office records. The data includes irrigation, industrial, and municipal wells that meet the minimum output criteria. The database fields include the permit information as stated above in the water rights attribution data. When the well location maps were unavailable, the locations of the wells were estimated from the quarter-quarter description on the well permit.

Surplus Water: Whenever the supply of water in a stream reaches the point where there is water available over and above the needed to fill all appropriations with a priority senior to March 1, 1945, then this stream is in surplus flow condition. When surplus flows are available, the water is to be divided proportionally among the senior rights up to an additional 1.0 cfs to every 70 acres or 1.0 cfs to every 35 acres total supply. (W.S 41-3-319-324)

Territorial Appropriation: This is an appropriation of water with a priority date prior to statehood. These rights were filed under a system of statement of claims to water under territorial law rather than a permit system. They were adjudicated after statehood by the then-established State Board of control. No permits numbers were assigned to those water rights, and they can be identified only by the proof number.

Direct Flow Appropriation: This is an appropriation of water that diverts from a surface water source and is measured in cubic feet per second (cfs). The appropriation is granted by the State Engineer and gives the appropriator the right to divert water as set out in the permit. The statutes set the amount of diversion for irrigation at a rate of 1.0 cfs for every seventy (70) acres to be irrigated. (W.S. 41-3-317)

Adjudicated Permit: This is a permit where the notice of completion of beneficial use has been filed, proof of appropriation prepared, a field inspection made with the finding that the facility is built within the terms of the permit, the proof advertised with no protests, and the proof considered and allowed b the State board of Control. After these items are completed, an order of the Board and the Certificate of Appropriation are prepared, issued, and recorded in the court house of the respective county and made a matter of record in the Tabulation of Adjudicated Water Rights.

Storage Right (Reservoirs): This is a permit that allows an appropriator to store or impound for beneficial purposes unappropriated water. Water can be stored for irrigation, stock, municipal, fish, recreational, and other purposes, provided that a permit October 27, 2000 Page 16 is secured from the State Engineer. Upon completion of reservoir construction, the storage right is considered as being put to beneficial use. (W.S. 41-3-301)

Supplemental Supply: direct flow water from a different source and different point of diversion to augment or supplement the available water for an existing appropriation (water right) for which the original source does not provide a full supply constitute a supplemental supply. The amount of supplemental water which may be diverted is the amount available, in priority, to bring the total water diverted from all sources up to the appropriated amount of 1.0 cubic foot per second (cfs) for every 70 acres to be irrigated. (W.S. 41-3-113)

Court Decrees: A small number of water rights were confirmed (adjudicated) by court decrees prior to the creation of the State Board of Control.

Unadjudicated Groundwater: A valid groundwater permit (well permit) which is in the process between the issuance of the permit and completion of beneficial use, I.e., construction, pump testing, application of water to beneficial use, mapping, and filing the necessary paper work to begin the adjudication process is considered unadjudicated.

Adjudicated Groundwater: A groundwater permit (well permit) where notice of completion of beneficial use has been filed, the adjudication map prepared and filed, proof of appropriation prepared, inspected and advertised with no protests received, proof considered by the State Board of Control and allowed, Certificate of Appropriation prepared, issued, and recorded in the respective county court house is considered adjudicated. The appropriation is made a matter of record in the Tabulation of Adjudicated Water Rights. 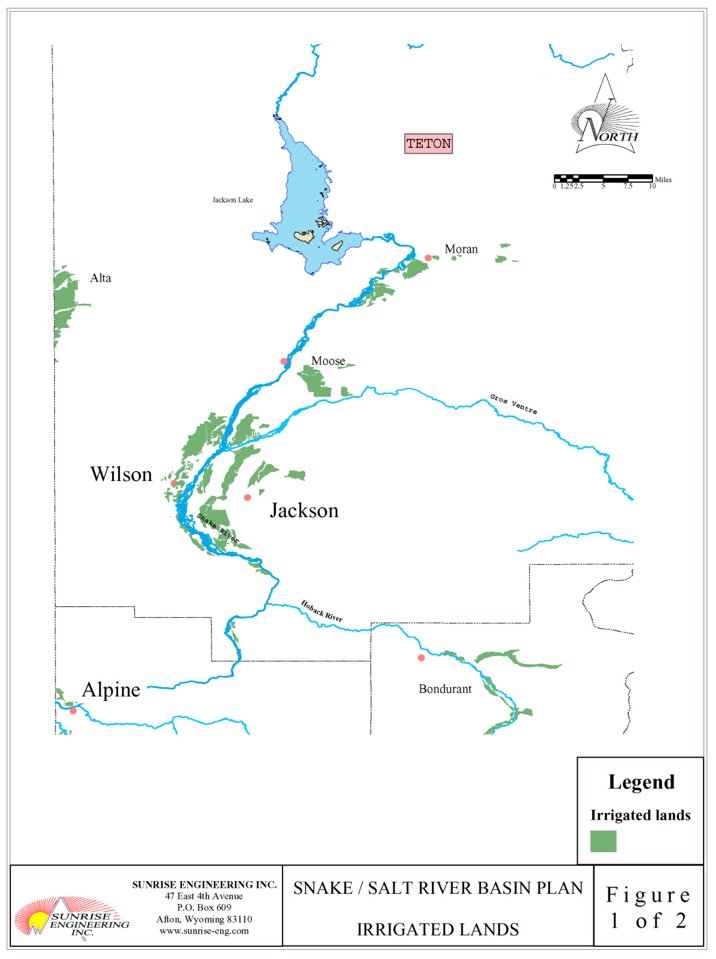 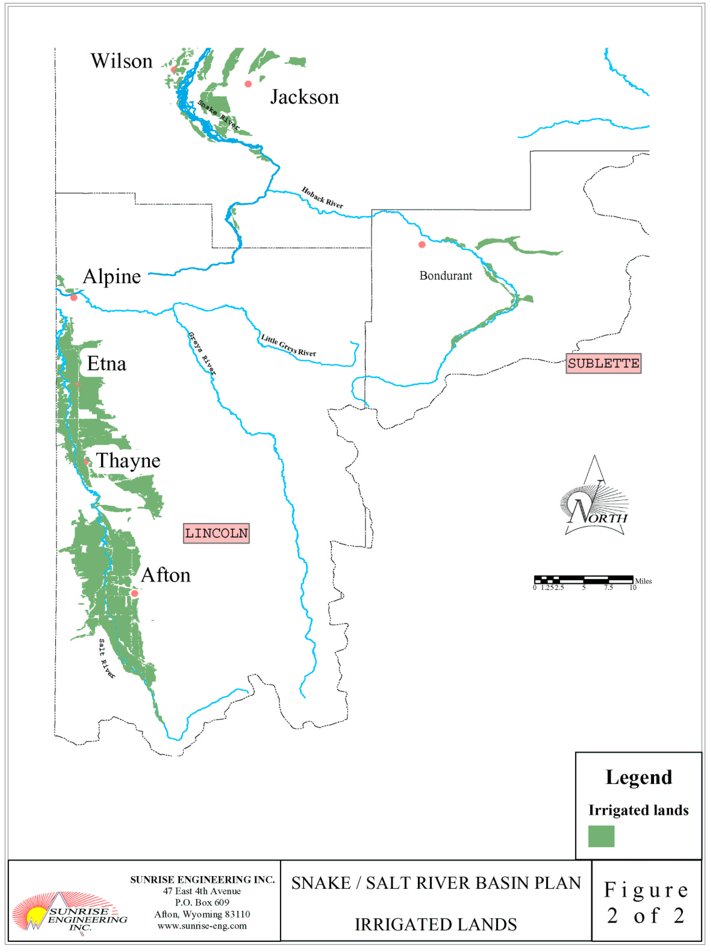